Remember how I said the trees are different in California? Well, that’s especially the case in Yosemite National Park, where some of the largest Sequoia and Redwood trees can be found.

Yosemite is about an hour’s drive from the town where I grew up in central California. What I remember most about the trips as a kid, aside from the crazy huge trees (at least once of which has a hole in its trunk big enough to drive your car through), was the car ride there. I dreaded that car ride! The entire second half is slow and nauseatingly winding through the mountains. My mom would always be driving some sort of guest in the passenger seat, while a friend and I moaned and groaned in the back–sometimes forcing her to pull over. Ugh, it was the worst. (Another vivid memory is the time a friend and I took dramamine to combat the car sickness, and ended up sleeping for like 14 hours.)

Anyway, it’s worth it. So this was the last leg of our trip to California–a day visit to Yosemite.

The only other time Miles had seen something like this was our quick day trip to Muir Woods outside of San Francisco. We had a bit more time in Yosemite to explore, take some (fairly minor) hikes to waterfalls, and try in vein to catch a glimpse of Half Dome (too foggy). 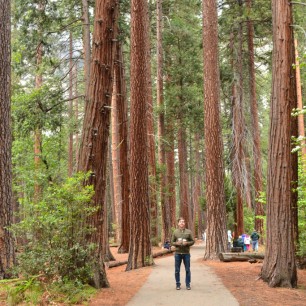 It was the beginning of a holiday weekend, so the park was pretty busy. All of the campgrounds were filled, and more cars kept flowing in throughout the day. The number of different languages we heard while hiking around was pretty amazing! I didn’t realize, having such easy access to this place as a kid, what a huge draw it was for tourists all around the world. But, other times, it felt like we were the only people there. 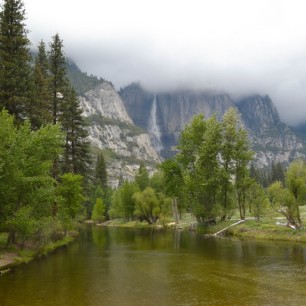 Because of our limited time, we saw just a small fraction of the park. I’d love to go back some day and stay onsite and explore more.

Eat/Drink: Picnic time! It’s best to pick up some sandwiches and beverages on your drive up. There are options to eat on site, too, and places to get a hot tea or coffee which might be really welcomed. We were fairly underdressed for late May, so that’s what kept us warm!

Do: We explored only the Yosemite Valley loop. For the really impressive stuff, check out the Mariposa Grove of Giant Sequoias (apparently this is closed until sp’17, so plan accordingly!). Here are other places to see giant sequoias in the meantime. 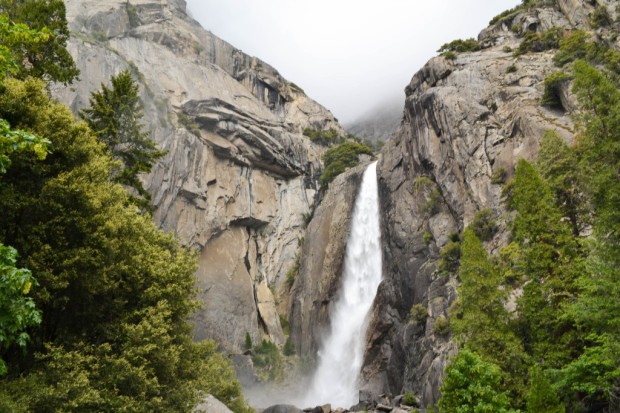